Hi Tessa,
As promised, here is another picture of Bella (along with her adoptive sister Kimi, on the left) with her first ever rosette at a UK Agility show. She took a couple of months settling into the show scene as she was so excited at being in the ring and decided that her courses were better than the ones the judge set. As I knew she would, she finally got there this weekend and not only got a clear round in her steeplechase run (jumps and tunnels), but also came first! So convincingly that she was 2.5 seconds faster than the dog in second place. As I have said before, she is such a wonderful dog who still loves people and other dogs. Thank you so much for the brilliant start you gave her in life. Here’s looking forward to many more rosettes and hopefully a place at the national UKA finals at Christmas.

All the best,
Mark and Kirsty Bentley

Big thank you for our beautiful girl

Hi Tessa
Dotty is now one and we could not have wished for a more beautiful, funny, clever, loving little girl. She makes us smile every day.
She has been amazing since day one, only 2 little accidents in the house from the moment she arrived home.
She is an absolute joy… Read more “Big thank you for our beautiful girl” 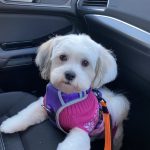 The best cheeky chap ever

We picked up Merry in early August (2020) having been waiting for the right time to get a puppy for years, we’re now about 6 weeks later and we now can’t imagine life without him! Merry is a very happy, cheeky, playful and loving miniature schnauzer who has surprised us with how quickly he is… Read more “The best cheeky chap ever” 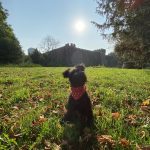 We have had Biscuit since the 22nd June. He really is an amazing boy, very loving and laid back. He is particularily great with our daughter and is always making our day.
It is also lovely to see one of Biscuits sister’s Nina from the same litter on here 🧡 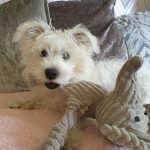 We first came to know Tessa in 2005 as the breeder of Elvis, our beloved Pugalier. He’s 16 now and we’re thrilled to have happily introduced our pup Wilma to him as a new playmate in his golden years. Wilma (Westiepoo) is an absolute joy. She joined our family in July 2021 and has settled… Read more “She’s a joy!” 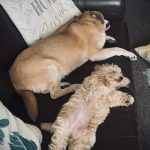 Picked our puppy up on 13th November a beautiful male schnoodle which we named Timmy. He’s settled in so well and is now a massive (even though he’s tiny) part of our family. Tessa was great throughout the whole process. She kept me up to date with his progress with pictures and videos. We couldn’t… Read more “Thank you” 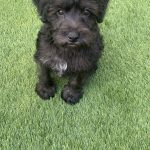